The world is on the brink of total collapse. Already devastated by a terrible plague, much of the globe has gone dark. Small groups of survivors struggle to keep the world alive, but their efforts are no longer enough. The world needs leaders to rise up and find the way back from the brink of extinction. That task has fallen to you. You must find a way or nobody will. You are humanity’s last chance.

A cooperative legacy game for two to four players, Pandemic Legacy: Season 2 immerses players in a harrowing tale of survival. It is seventy-one years after the events of Pandemic Legacy: Season 1, and humanity has been brought to its knees. A network of the last known cities persists, supplied by the “havens,” isolated stations floating in the ocean far from the plague. Three generations of survivors have called the havens home. Most of them have never set foot on the mainland. But now supplies are running low and the people have turned to you to lead. It is up to you to save what remaining cities you can and stop the world from ending for good. 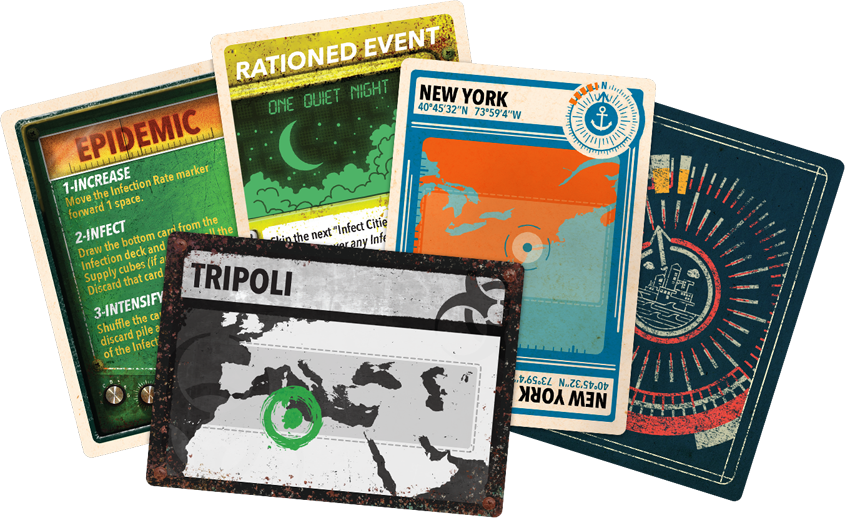 Over the course of a year, you and your team must search for answers to the vicious plague while maintaining your supply network. Your actions will carry over to future games and your choices will forever alter the world. Cities will rise and fall, your characters will learn new skills and may become permanently scarred, new rules will come into play, and the very game board will be forever altered. Each development affects the course of your group’s unique journey through this post-apocalyptic world and contributes its own twist to your story.

Pandemic Legacy: Season 2 offers a dynamic experience that sweeps players up in a desperate fight for survival. Having grown up on the havens, the mainland is largely a mystery to you. But now you must travel there to maintain the grid of remaining cities and explore the areas of the world that have fallen dark.

This task will not be easy. The plague has hit the mainland hard and there is no hope of developing a cure. The cities that remain need the supplies you provide to keep hanging on. Pandemic Legacy: Season 2 presents a unique spin on the classic Pandemic formula. The City, Epidemic, and Event cards all return, but instead of removing Disease cubes from the board, you must now add Supply cubes to ward off the plague. 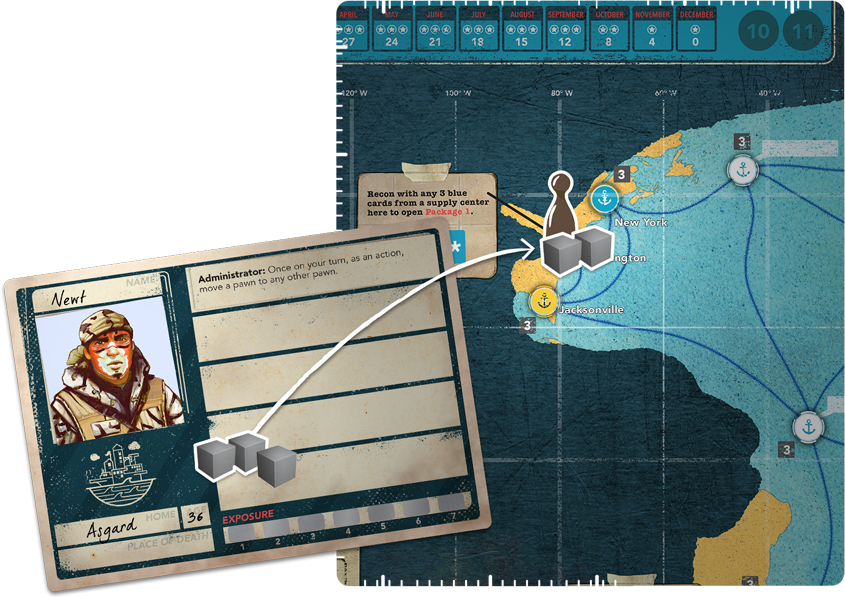 These Supply cubes are a precious commodity, and your team must carefully balance producing more of them with getting them to the cities that need them most. Drawing a city’s Infection card forces the locals to use a Supply cube to prevent the plague from spreading, which means you need to constantly deliver fresh supplies if you want to maintain the grid.

If there are no Supply cubes in a city when its City card is drawn, it can no longer keep the plague at bay and becomes infected. As there is no cure, infected cities pose a grave threat to you and your team. Characters entering a city infected with the plague run the risk of being exposed to it. There’s no guarantee that exposure will lead to any detrimental effects, but it will always be a threat. Ultimately, it’s up to you to decide when to risk exposure and when to play it safe, letting the infected city fend for itself.

The world players enter at the beginning of Pandemic Legacy: Season 2 has changed significantly since Pandemic Legacy: Season 1. As you begin your first game, only a small portion of the world is visible—the few surviving cities that remain on the grid. On top of supplying the mainland with the antibiotics, food, medicine, and tools it needs to survive, you must explore the once-known parts of the globe that have since gone dark. Once there, your team will make discoveries, and encounter new dangers and challenges as you search for answers. 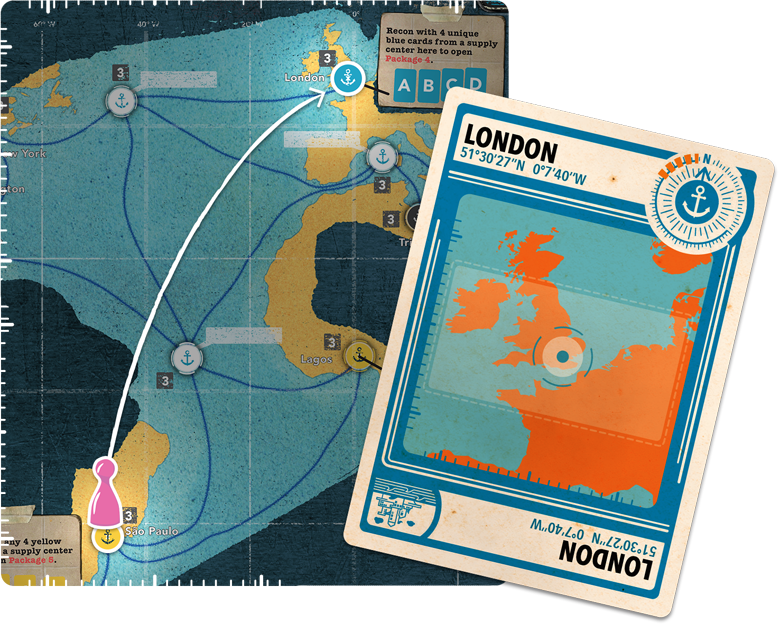 With the collapse of society as we know it, modern conveniences are gone as well; there is limited communication, diminished medical technology, and reduced transportation networks. As such, you will have to go without the luxury of air travel that has been central to much of the Pandemic series. Instead, you must rely on boats to sail from port to port, but inland there is no such option.

Most of the cities on the grid when the game opens are connected by sea routes. However, as your network grows and supplies are needed farther away from the havens, delivering them becomes more and more difficult. You must carefully coordinate with your team if you hope to reestablish contact with settlements on the fringes of civilization.

The havens are the only home that you’ve ever known, but there is a larger world out there, and it needs your help.

Set out to change the world in ! Prepare for the game's fall release with a sneak peek at Gen Con 2017.