In a small town in Italy, Europe’s largest comic festival takes over once a year. The Lucca Comics and Games festival hosts hundreds of thousands of people. This year teams representing countries from around the world descended on the city for the 2018 Pandemic Survival World Championship. In Pandemic Survival, teams tackle the same Pandemic scenario, attempting to become the first team to discover all four cures or outlasting the other teams to become the sole survivors. 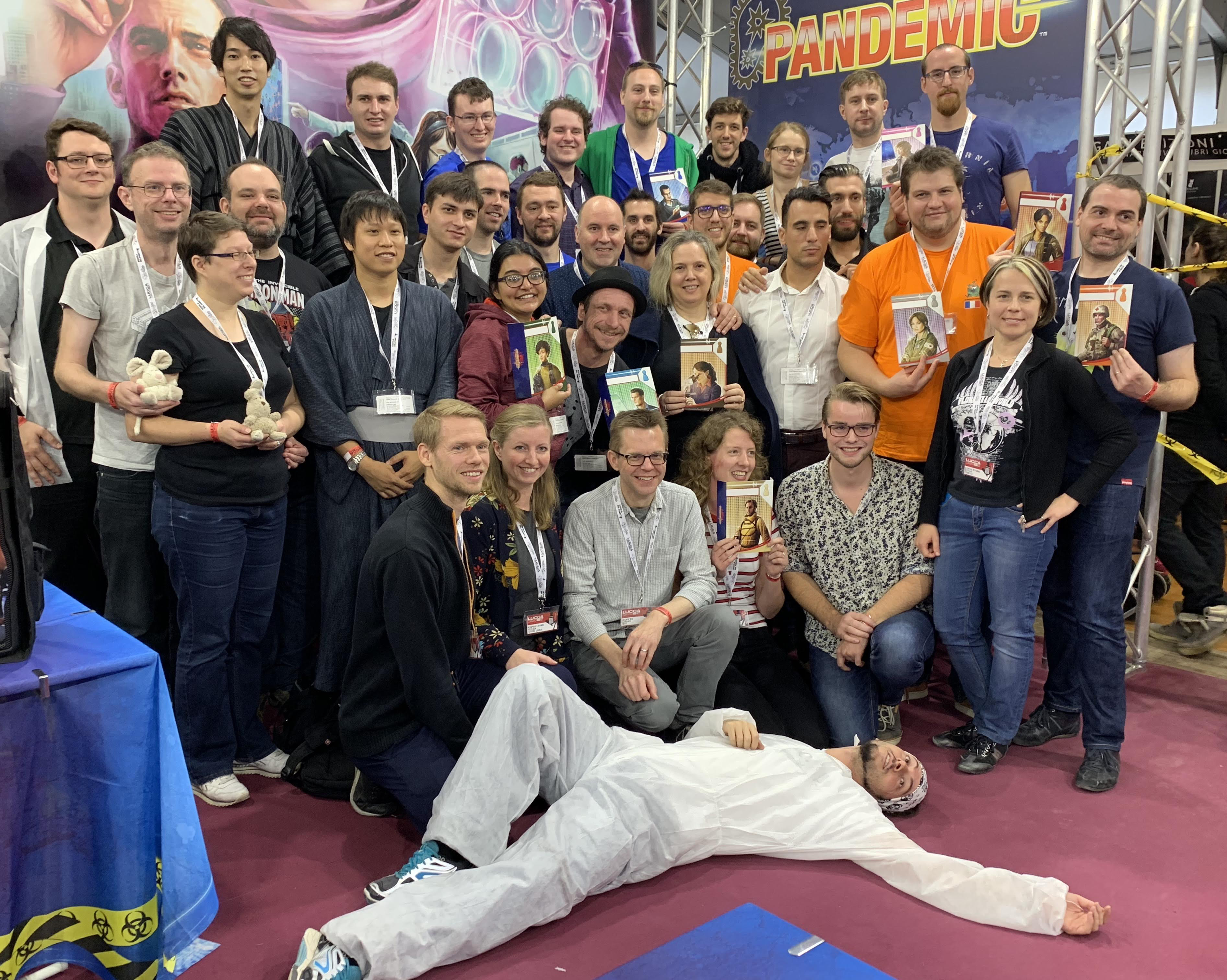 These teams represent the best Pandemic players in the world, able to stay one step ahead of both the diseases and each other. Pandemic Survival requires players to make quick, strategic decisions as they race to discover all four cures first. Those split-second decisions can take a team one step closer to saving the world or down a destructive path. Japan played an incredible game in the semi-final, finding their fourth cure before any team had found their third, but in the finals, it was the Netherlands team that took the win. Kitty Terwel and Berend Termeer claimed their victory by taking an early lead and finding the fourth cure just one turn before the Nordic team. 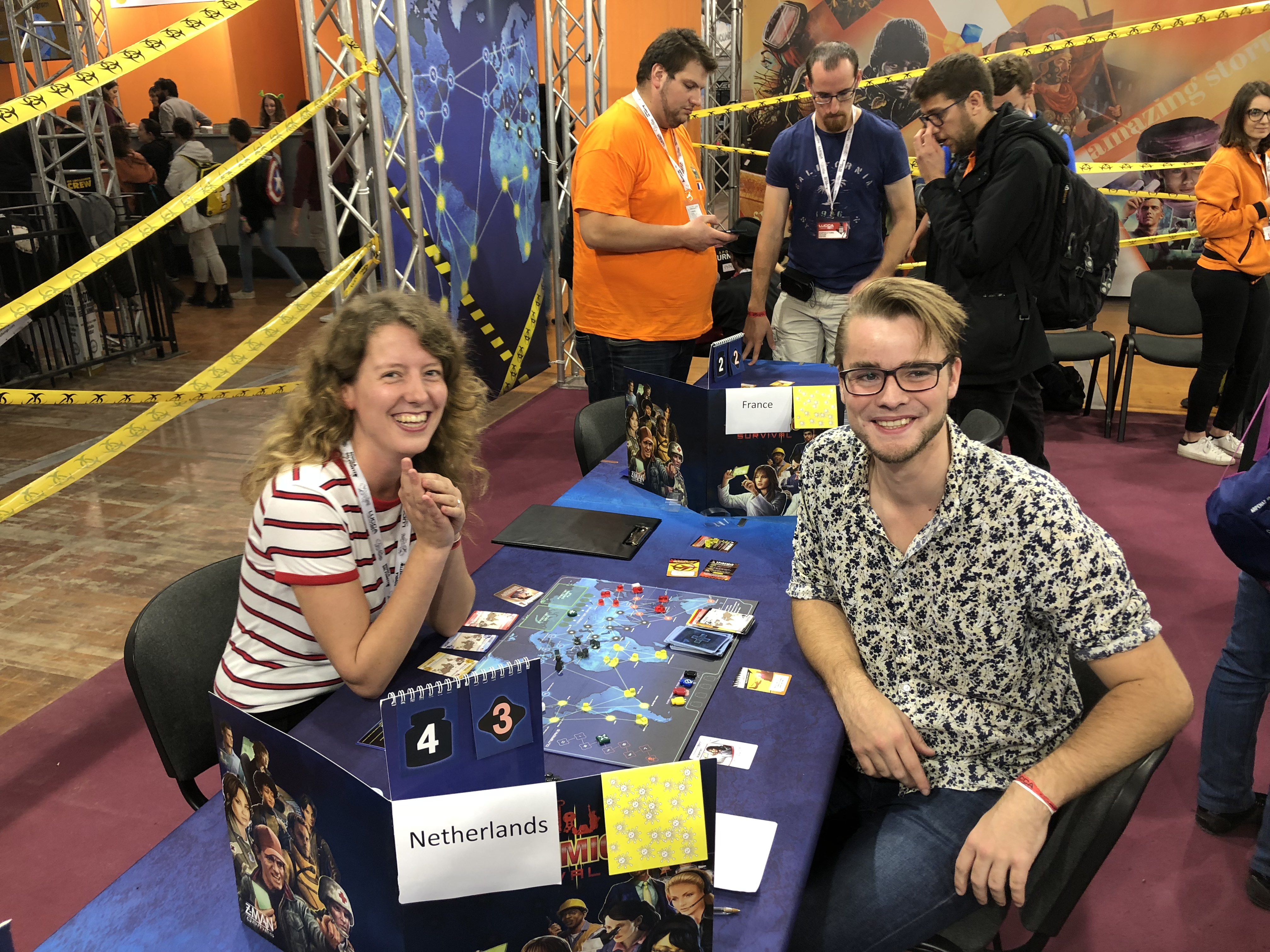 “The road from regionals to the world championship has been incredible. We were so surprised when we won nationals and got the opportunity to go to Lucca. When we showed up for the semi-finals on Saturday we were surprised to see so many spectators. We never imagined there would be a crowd watching us play Pandemic! The semi-final was stressful. We had 7 outbreaks and 3 cures for about 8 turns but we managed to qualify for the finals by getting the 4th cure in the 21st turn. The final went really well. We got all 4 cures in 13 turns with only 3 outbreaks.
To be honest, we still can’t believe we actually won. We took some calculated risks during the championship and they paid off in the end. The moment we realized we were about to win felt unreal.” - Kitty Terwel

Congrats to Kitty and Berend on becoming the 2018 Pandemic Survival World Champions!

From regionals to nationals to the world championship itself, the Pandemic Survival events happened around the world. Those skilled enough to win the national championship earned a spot at the world championship. Sixteen international teams were flown to Lucca, Italy, where they enjoyed a weekend of fun with fellow gamers, the designer of Pandemic himself Matt Leacock, meter-long pizzas, and a chance to play Pandemic: Fall of Rome before its release. 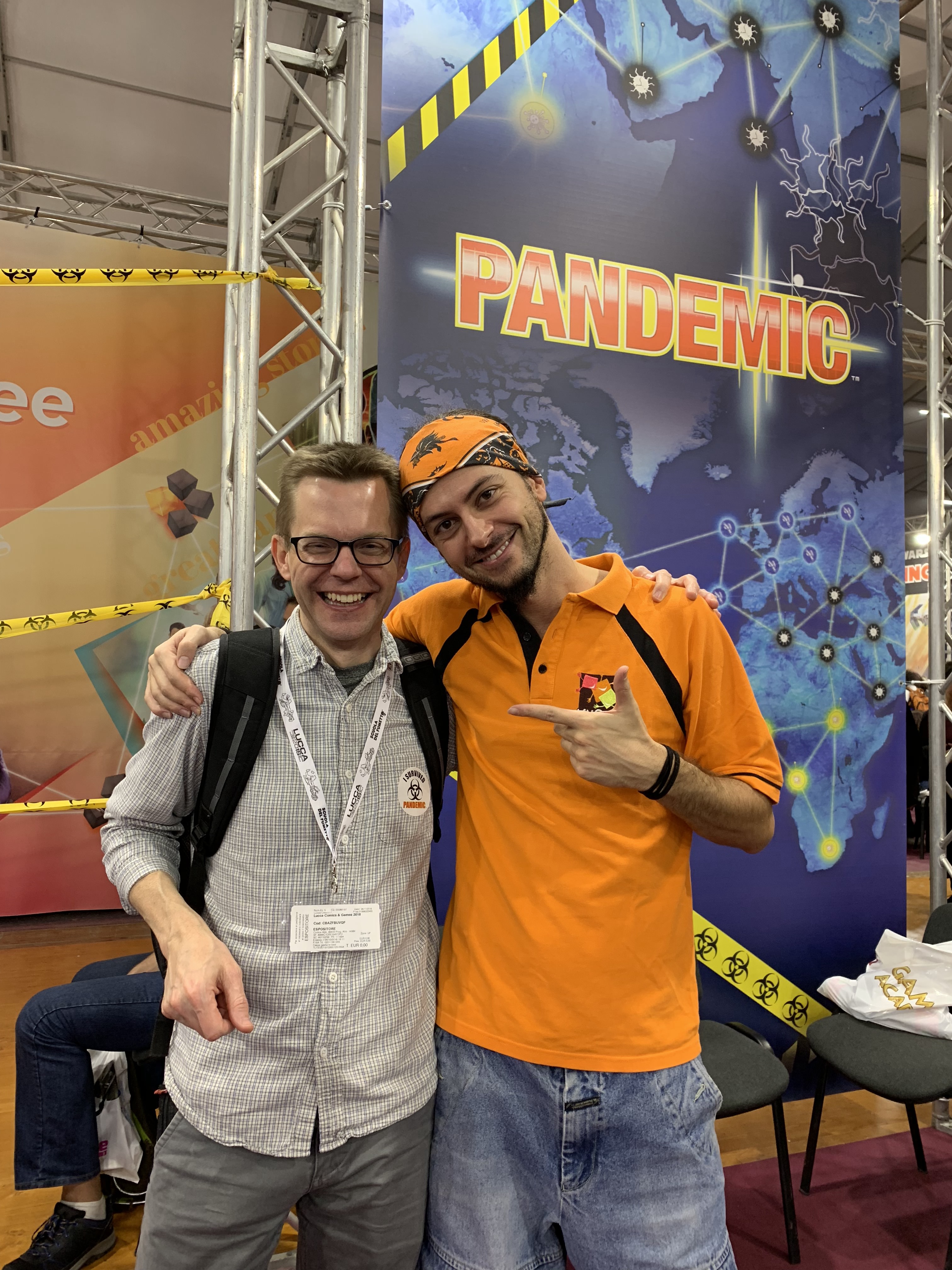 Pandemic designer Matt Leacock was on site for the championship weekend, talking to the competitors and watching the exciting tournament enfold.

"I’m always amazed by the players that the Pandemic Survival Championship brings together. There’s something about the format that just connects people – something that Alec, our organized play coordinator, says just doesn’t happen with other tournaments that he runs. And this year we all got to enjoy the phenomenal setting of Lucca, a 14th-Century walled city, where we watched hundreds of thousands of people gather to enjoy the highest density of cosplay on the planet. An amazing treat.
Once again, congratulations Team Netherlands!" - Matt Leacock

Lorenzo "The Virus" Fanelli moderated the competition in Lucca. 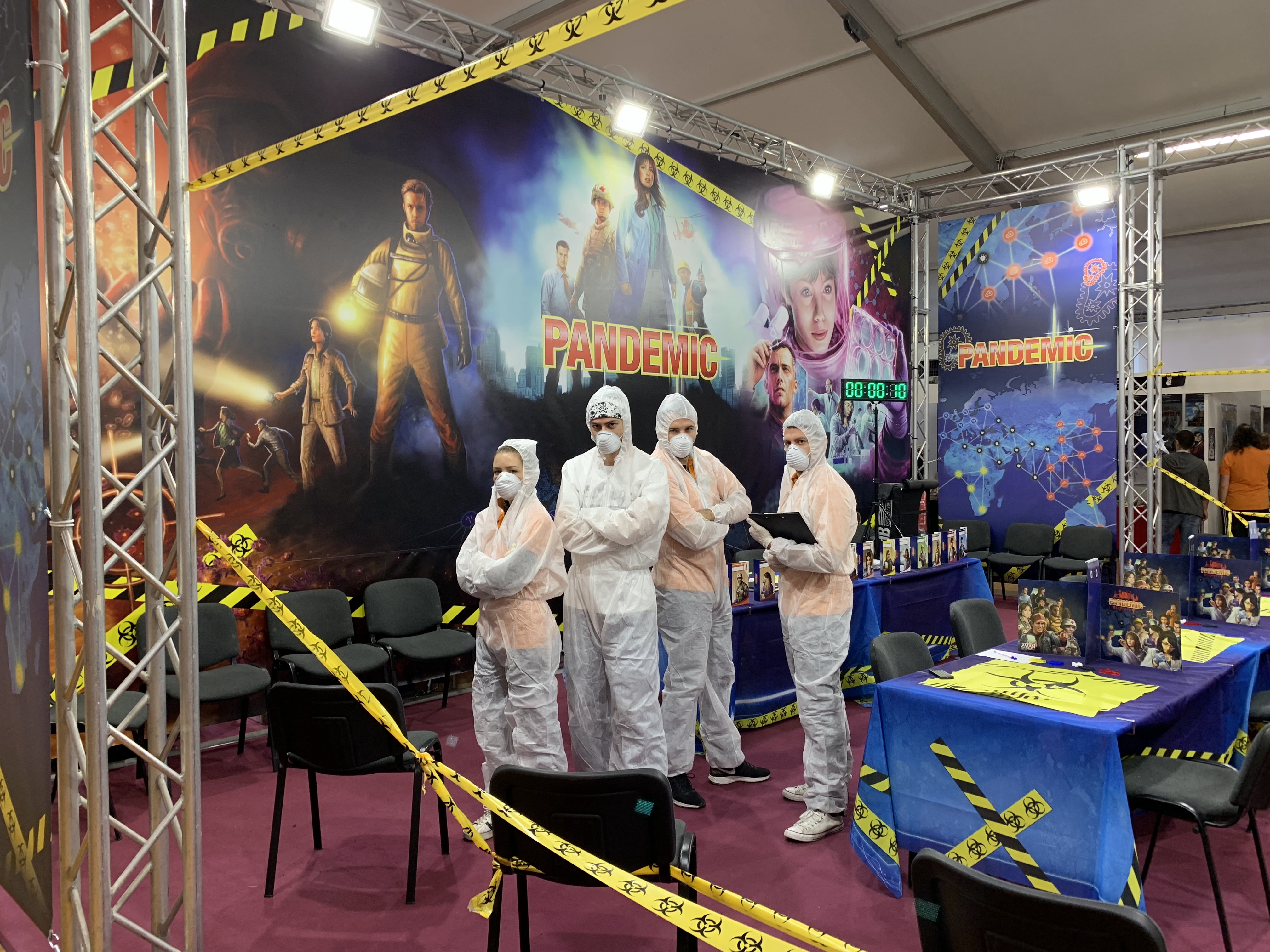 Judges dressed in hazmats suits to set the scene for the competitors. 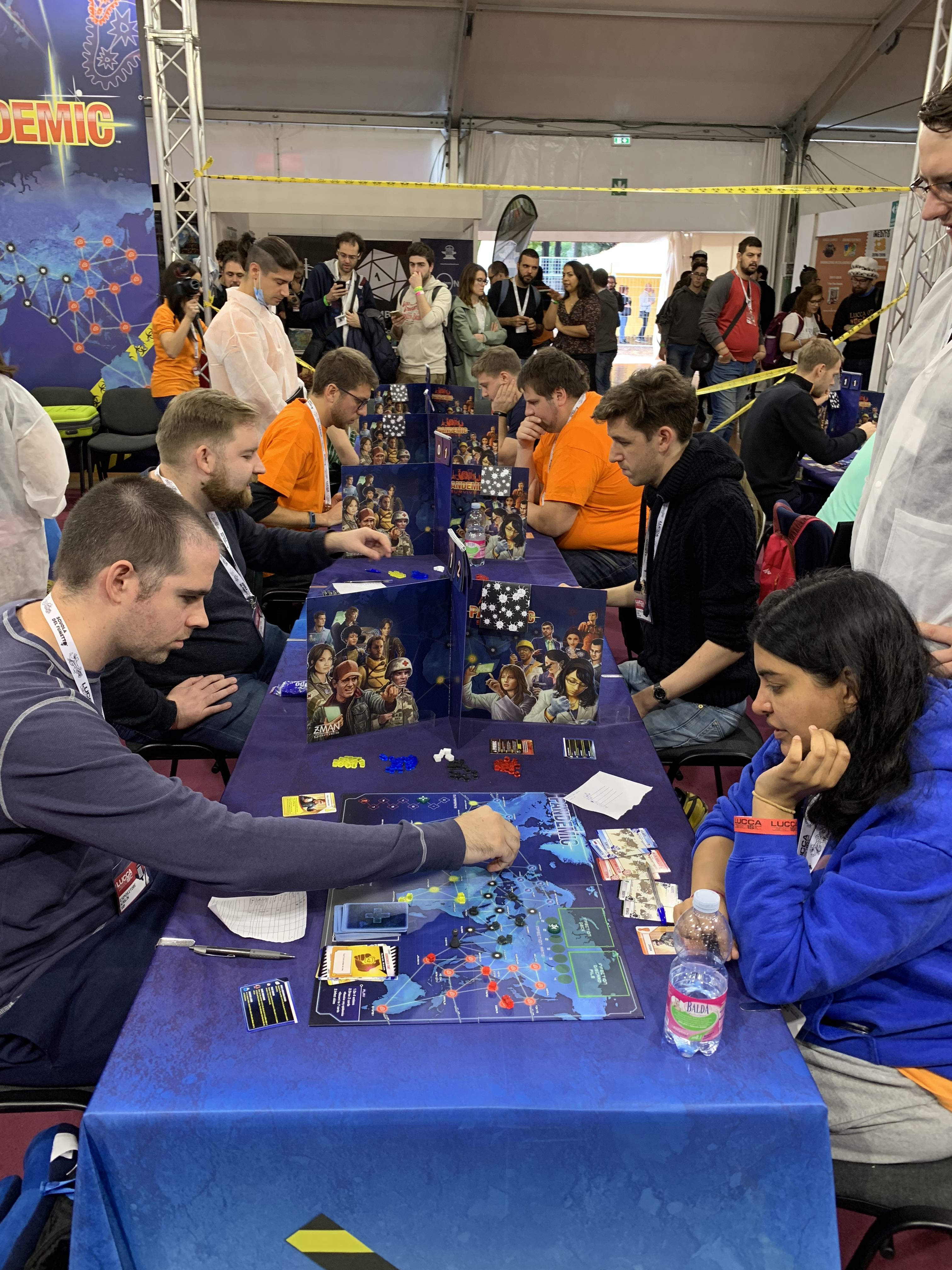 Teams competed in pairs of two, progressing from the semi-final to the finals in the championship. 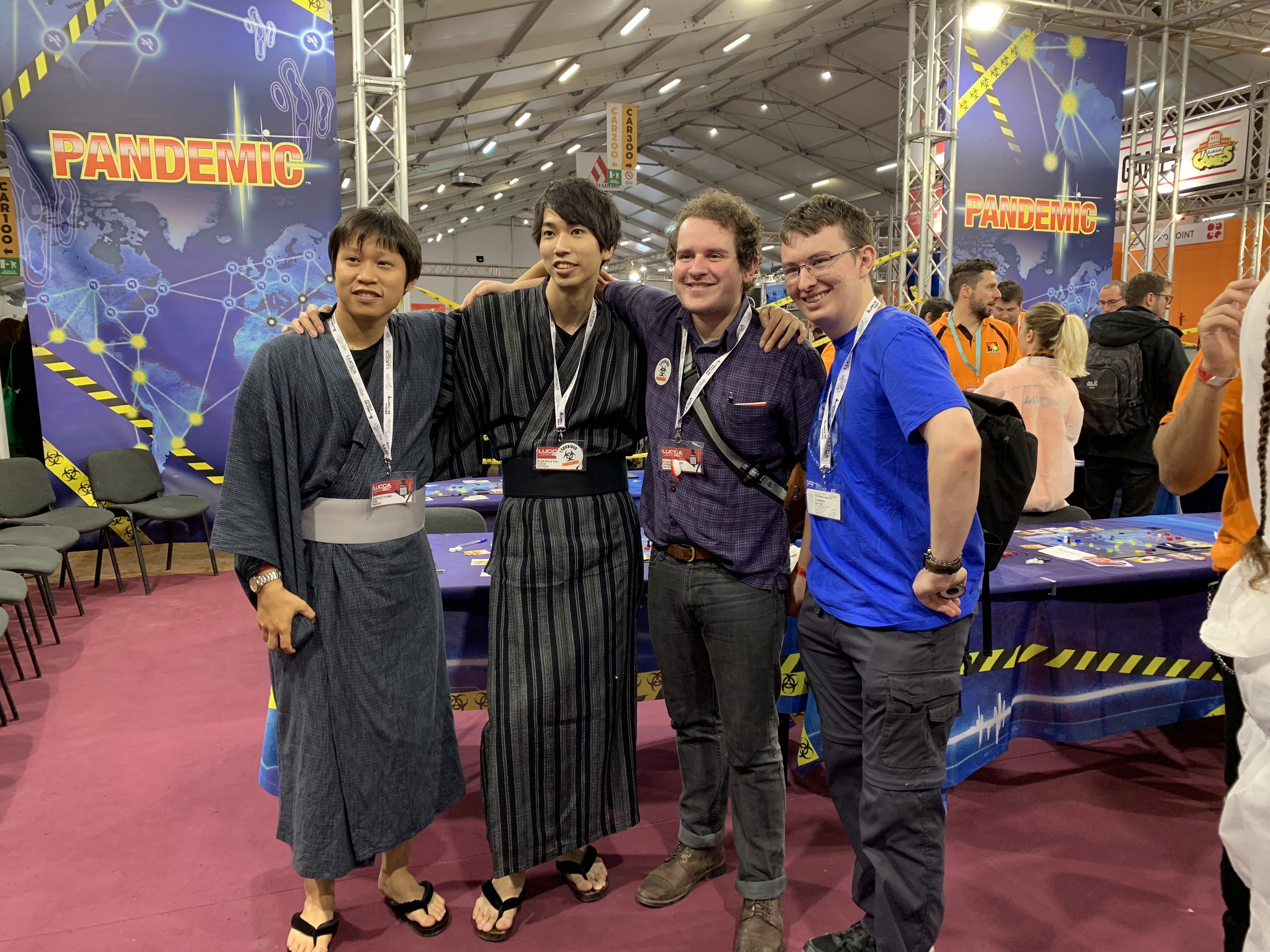 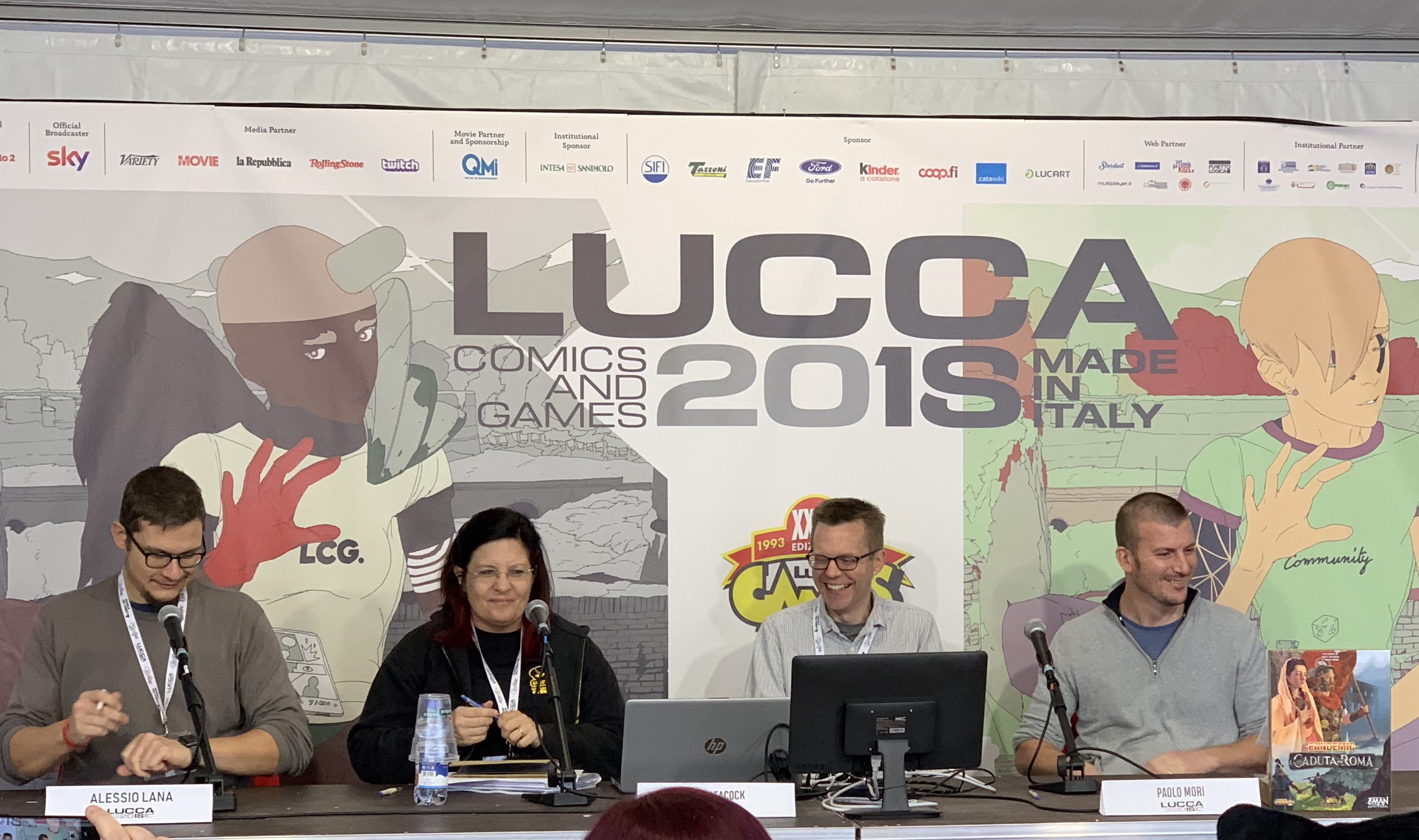 Designers Matt Leacock and Paolo Mori attended a panel to answer questions about the new game, Pandemic: Fall of Rome.

Pandemic: Fall of Rome adapts the tried-and-true mechanics that fans love and creates a rich, thematic new experience. Raise armies, defend your cities, and forge alliances to ward off relentless barbarian incursions and protect the Roman Empire! We are happy to announce that Pandemic: Fall of Rome will release this December. Pre-orders are open now to guarantee yourself a copy of this limited edition game! 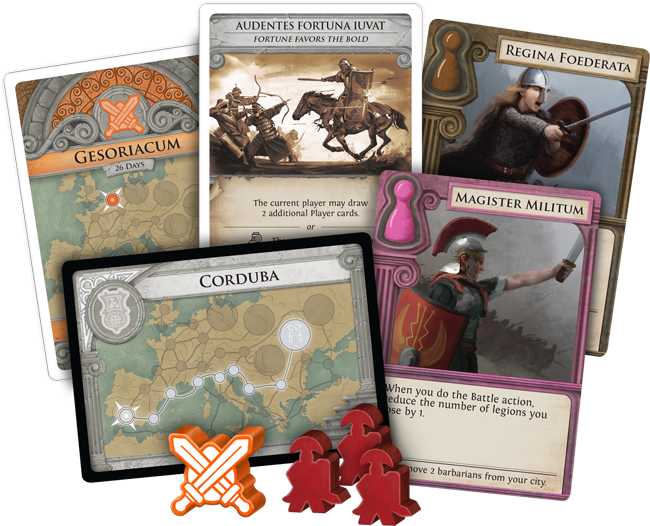