With over 60,000 attendees and badges selling out, Gen Con 2018 was another record setting year! It’s the best four days in gaming and we had a blast. Thank you to everyone who stopped by the booth to talk to us and demo games. Thank you to everyone who did our booth scavenger hunt. We hope the games you won in the giveaway are getting a lot of use already. It was great meeting our fans and we hope to see you next year for an even bigger and better Gen Con. We have some exciting plans for 2019! 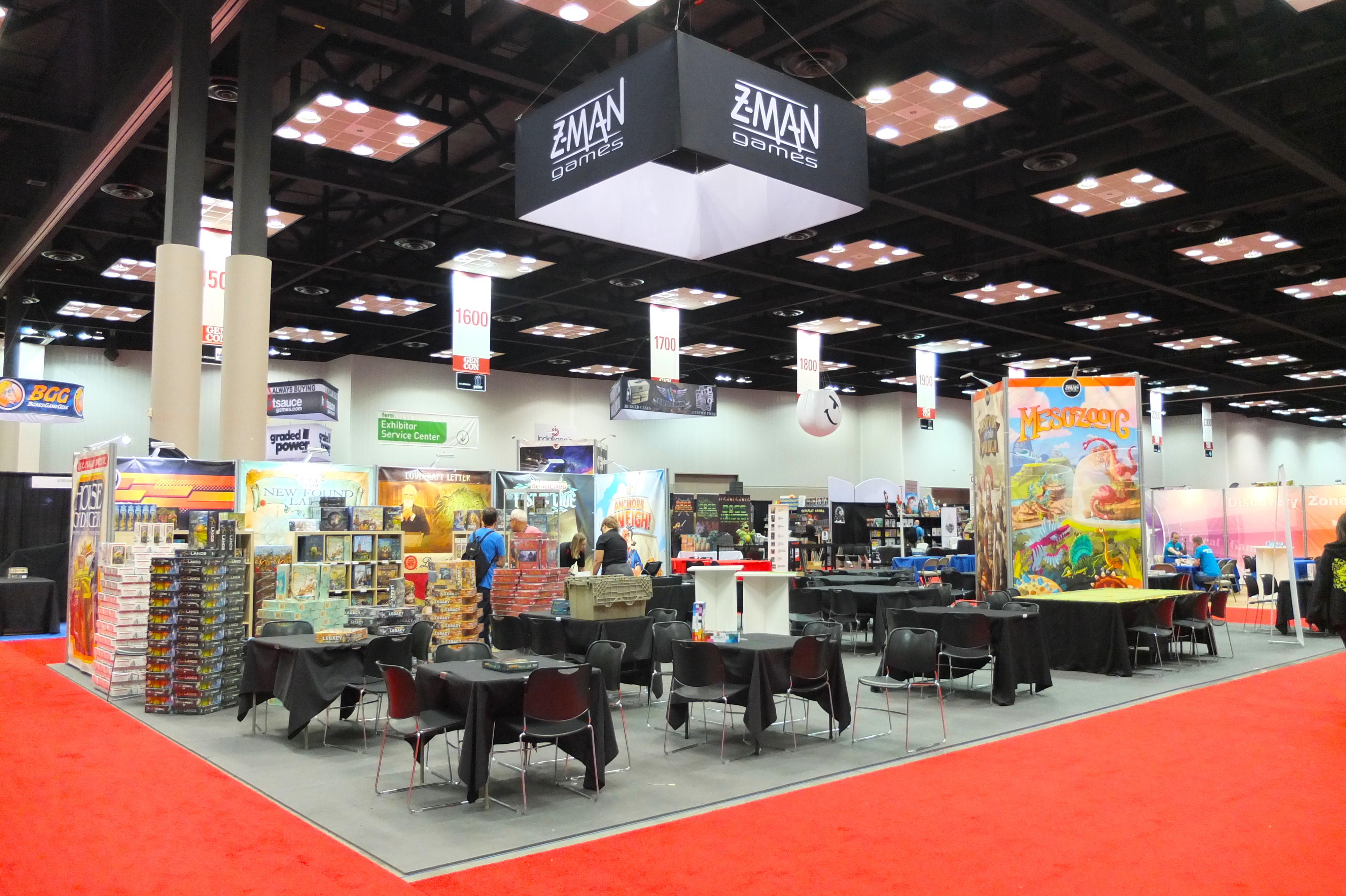 We came, we saw, we sold out. Choose Your Own Adventure: House of Danger flew off the shelves. It also made it to the top of a few best of Gen Con lists. Both Ars Technica and the Indianapolis Monthly included it in their Gen Con wrap up articles. We're thrilled to see fans enjoying this game and it was great hearing people reminisce about reading the classic Choose Your Own Adventure books as kids. We feel just as much nostalgia for this series as our fans! For those who couldn’t make it to the show or missed out on snagging a copy, we have you covered. You can still order the game right here through our website. You can also find it at your local Target or friendly game store. 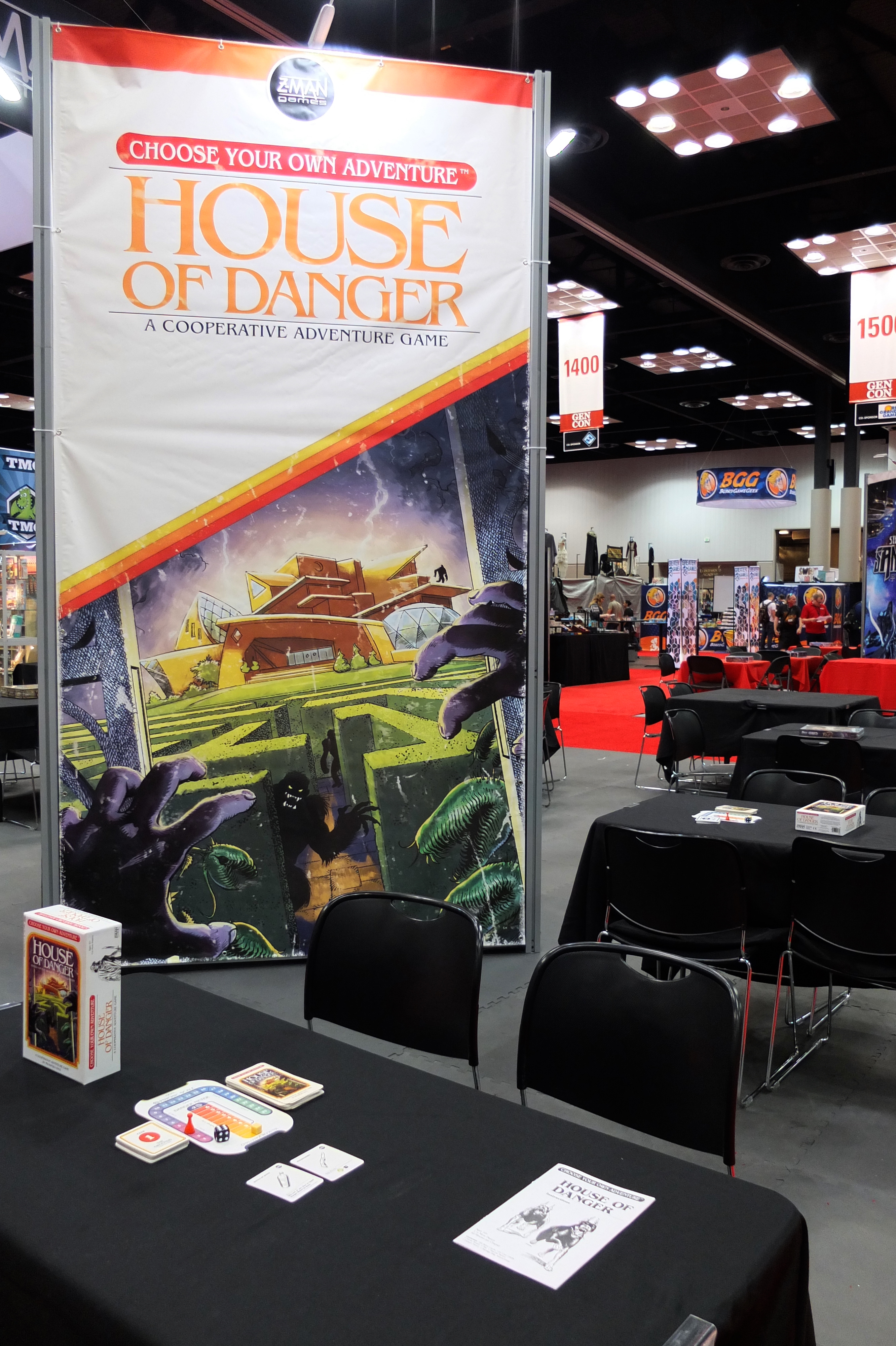 Mesozooic is an upcoming title in our $20 card game line. Cute dinosaur art is even better when it's oversized, right? We couldn't resist making a dinosaur-sized version of the game to demo at Gen Con. Hundreds of people played the giant demo and went home with the normal sized copies of the game that were an early release at the con. This real-time card game is filled with cute dinosaurs and super fun to play. We'll be demoing the game at other conventions so keep an eye out. You'll be able to snag your own copy soon! 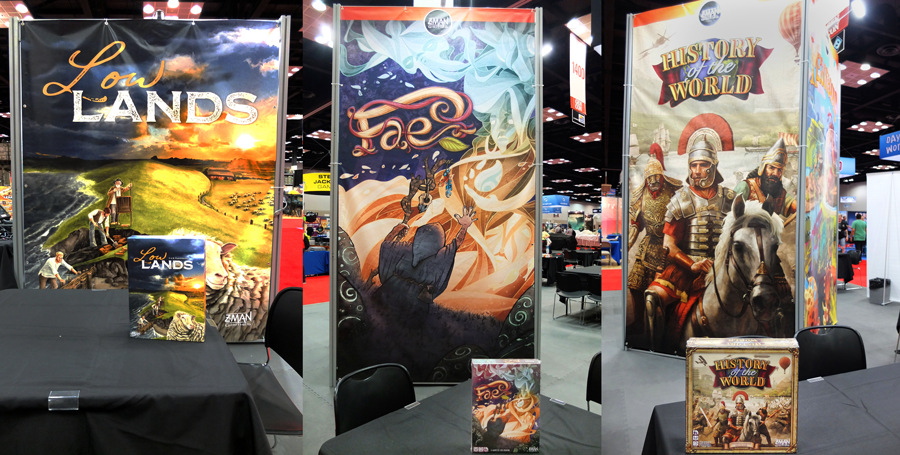 Gen Con gave us the chance to show off some of our newly released titles including Fae, History of the World, and Lowlands. Lots of happy fans ran away with copies of these games. In fact, we sold out of Fae! If you’re curious about these titles you can read all about them in our news section and in case you missed it, enjoy the Lowlands review from Shut Up and Sit Down:

Fans were able to ooo and aww over Pandemic 10th Anniversary in person while it was at the booth in our display case. Curious about Pandemic 10th Anniversary? Designer Matt Leacock stopped by our booth to talk about the special edition of the game with Steve Kimball, Head of Studio, and Abi and Johanna from Asmodee Entertainment. Watch the interview with Matt from their livestream below!

For even more info about the game, you can read our announcement article here. Then pre-order your copy of the game today to get a set of pre-painted figures with your order. 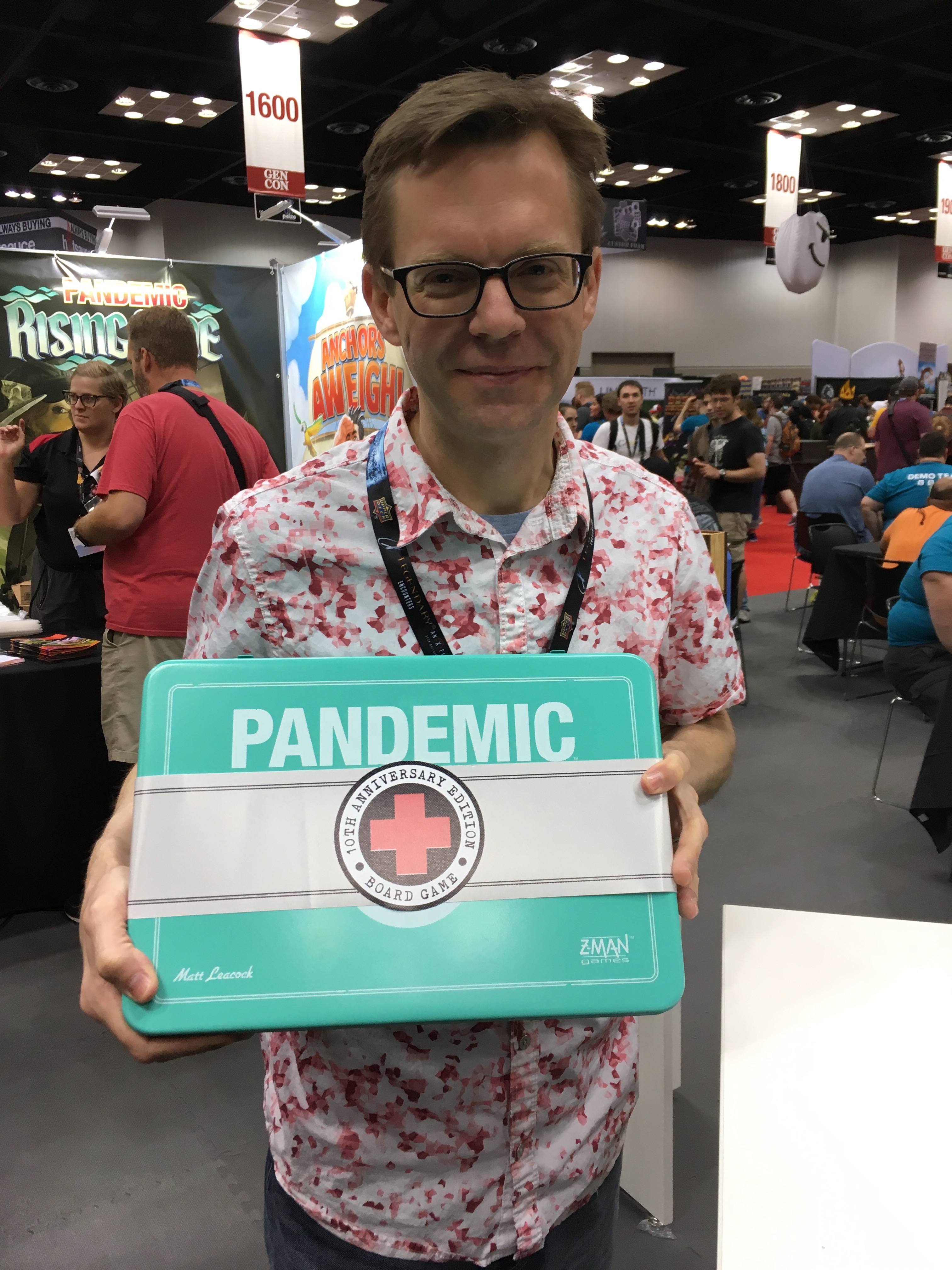