Perfect for die hard fans or newcomers alike, Ultimate Railroads brings you the base game of Russian Railroads bundled together with all of its expansions and more. Now back on shelves after years out of print, this classic comes complete with not only the game and expansions you love, but a few additions that make this a must own.

All of Your Favorites in One Box

The beloved worker-placement game Russian Railroads puts players in the shoes of russian railroad moguls tasked with completing the Trans-Siberian Railway, as well as two additional railways. Work to create your railway system to get you from place to place, all while developing and advancing your machinery and industry. Build factories to create more advanced technology, and invent newer locomotives to get where you need to go even quicker.

In Ultimate Railroads, this gaming experience is complemented by the inclusion of the American Railroads and German Railroads expansions, including all existing promo content. With these, you can experience everything you love from the base game, as well as the additions from both expansions. 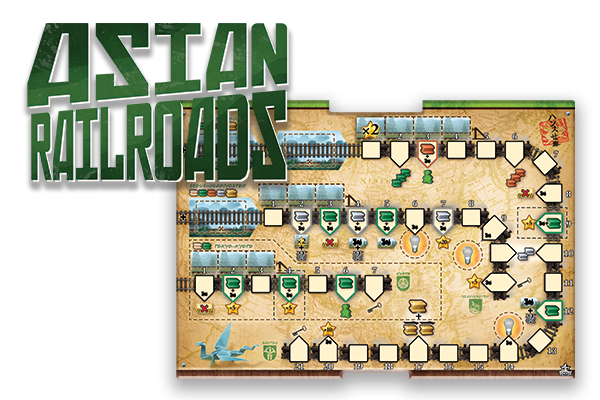 On top of the two existing expansions, Ultimate Railroads also includes a brand new adventure for players, Asian Railroads. Not only that, but a solo variant will allow players the chance to test their skills on their own.

Also included in this box set are updated rail colors exclusive to Ultimate Railroads, giving the games a fresh look without losing that familiar gameplay feel.

Do you have what it takes as a railway mogul to make the greatest railway in the world? If so, then pre-order Ultimate Railroads online or from your local game store today!