An Ode to the Euro Classics

A fond farewell to a series of classics 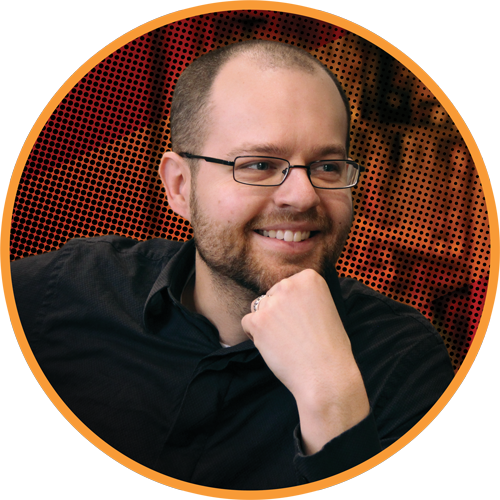 Please read this message from our Head of Studio, Steve Kimball, for an update on the Euro Classics line.

I have a confession to make. I love Eurogames, and frankly I always have. And what’s not to like? Euros like Ra, Samurai, and Through the Desert are easy to teach, have simple setup/teardown, are incredibly approachable to introduce to non-gamers, and of course feature short(-ish) playtimes. In essence, their design elegance made Euros hit the table more often than any of my thematic dice-chuckers. Simply having an evocative setting alone wasn’t compelling enough for me. What really attracted me to Euros—and kept me coming back—were clever mechanics and engaging gameplay. Suffice to say, I was a huge fan.

One such game that had made a lasting impression on me was Princes of Florence. I played that gem of a design for the first time during my personal gaming resurgence in 2007. Back then, it was ranked as the #9 game of all time (amazing what a difference 50,000 games in 15 years has on the communal perception of GOAT…but I digress). Princes is a solid auction game, combining just enough interwoven parts to maximize both strategic depth and replayability. It also first mainstreamed the Tetris-esque piece-puzzling before the word “polyomino” had found its way into BGG’s everyday lexicon. Thanks to an epic final scoring that had each subsequent hat-wearing Florentine marker leap-frogging the previous leader by a single point, to this day Princes still holds a firm spot as one of my all-time favorite gaming memories. Talk about a climatic “photo finish”! For those who claim that tension and drama are absent from Euros, then I contend that you have had a poor sampling!

Now, don’t get me wrong; I too enjoy an excellent narrative-based game for pushing the boundaries of what interactive fiction can be and the unique experience it provides. It’s just that, when I joined FFG in June 2010, I was among a select few who truly appreciated both a thematically immersive title and Euro-y goodness.

In 2014, FFG’s founder Christian T. Petersen had grand plans for building a robust line of more casual family games, including well-regarded Euros, to run parallel to FFG’s typical thematic fare. At that time we had defined a “classic” as being 10+ years old, having gone out of print, and being highly regarded enough to justify bringing back. We courted Reiner for some his most acclaimed designs, eventually signing Tigris & Euphrates, Samurai, and Ra, then later Reiner suggested we add Taj Mahal to the mix. With Through the Desert still in FFG’s catalog, we were steadily securing a solid stable of esteemed Euros (say that three times fast!).

While we launched the line featuring several of Reiner’s magnum opuses (magna opera?), the plan all along was to pursue the very best Euros in existence; after all, it wasn’t the Reiner Classics, it was the Euro Classics. As I embarked on my quest to track down other Euro candidates to add to our classics lineup, I investigated the rights situation to renowned staples like Tikal, Caylus, Brass, Hansa Teutonica, and, of course, Princes of Florence.

At Essen 2017 I had the privilege of meeting Wolfgang Kramer in person for the first time to discuss our plans for Princes of Florence. We had already corresponded a bit via email and signed a contract prior, but it was a lot of fun chatting about the potential for bringing back one of his most beloved creations. I shared with him our ambitious artistic vision, and he shared with me his desire to incorporate everything he had ever designed for the game—including an exceptionally challenging co-op variant. As I returned from Essen with this vision firmly in mind, I set my team loose on Princes with the intent of releasing it as the sixth Euro Classic in 2019.

The World Has Changed

Well, here we are in 2021, and clearly Z-Man hasn’t published Princes of Florence. “What happened” you ask? Well, a number of things.

First, we finished the art for the game, which was done by our friends at EDGE studio in Spain. They were responsible for the look and feel of T&E, Ra, and History of the World, and once again they did a fantastic job—see for yourself! 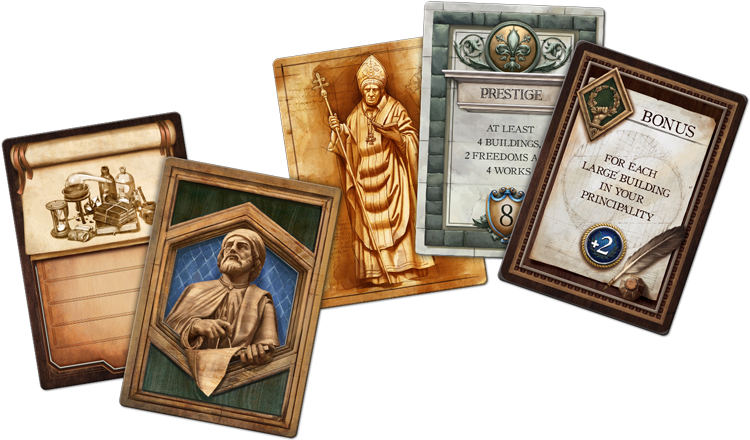 Though it won't be published as this version anymore, these components were developed by the Z-Man Games team.

Second, Z-Man is no longer an indie publisher. We have many existing obligations, like supporting our four major game brands of Pandemic, Carcassonne, Love Letter, and Citadels, not to mention breaking exciting new ground in last year’s critically acclaimed Pandemic Legacy: Season 0 and the recently announced Cryo.

Third, the industry had massively changed—even in the short 5 years since the new version of Tigris launched the line. Crowdfunding is a force to be reckoned with, and it is the ideal place to relaunch new versions of beloved classics. The gorgeous reimaginings done by Roxley, Grail Games, Restoration Games, and Burnt Island Games are all living testaments of that truth!

Alternatively, if you do attempt to re-release a game via traditional distribution channels, then you need to pray that any number of witty UK board game influencers take notice and give you coverage. Those folks hold massive sway over the current industry’s focus, and without a ringing endorsement poshly articulated in the Queen’s English (“Best Euro Ever” anyone?), your revised labor of love is headed for a Miniature Market fire sale.

I honestly wonder that, if Princes had launched in today’s environment, would it have ever cracked BGG’s Top 10? I’m not convinced that it would; not because the game isn’t excellent—it truly is—but because today’s conditions are so different. It made an impact at a time when only a handful of established publishers released far fewer games. Nowadays there is so much noise that it is nearly impossible to ensure that your wares are seen, heard, and given a fair chance to succeed in the market.

Farewell to the Game that Never Was

This game, like so many others, deserves to be back in print, on gamers’ shelves, and in regular rotation at the table. And so, in late 2020, with the many commitments on Z-Man’s plate and to ensure that Princes receives the indie attention that it deserves, I returned the rights back to Wolfgang Kramer. I look forward to the next ambitious publisher to reimagine Princes for a new generation (for those interested in publishing the next version, contact Herr Kramer post haste!).

In addition to Princes of Florence, we are sunsetting the entire Euro Classics line. Now Reiner is able to move some of his seminal works along the next step of their evolutionary journey, and I can’t wait to see what form they’ll take. Note that Z-Man will not be reprinting these titles again. When what’s currently available sells through, these Z-Man versions will thereafter be out of print. So, if you were holding out to get these games, act fast!

I’d like to thank Wolfgang and Reiner for entrusting me and my team with their precious creations, as well as the passionate studio staff for bringing these games to life. From the Egyptian hieroglyphic relief of Ra’s debossed board to the streamlined-scoring leader tokens of Samurai; from the new “a river runs Through the Desert” board to the deliciously metallic Taj Mahal palaces—we truly hope that Reiner’s fans appreciated the labors of love that went into supporting these games along their journey from FFG to Windrider, and finally to Z-Man.

And who knows, maybe the next iteration of these games will have their own fancy Kickstarter stretch goal bonanza. But you can bet that, if they do, I’ll be the first one in line to pledge!