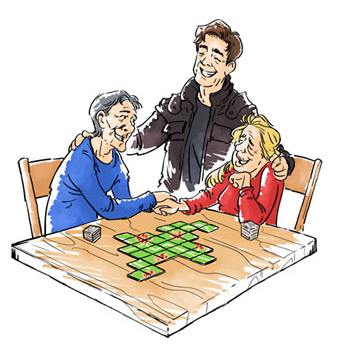 There have not been any mean messages so far. Yet, some people may not like one or the other Carcassonne expansion, but that is to be expected. The selection should cater for all tastes. But there have been a lot of very lovely and touching encounters so far. One of those experiences was, receiving a handwritten letter from an old married couple, who was grateful beyond means, as I had apparently saved their marriage. They had been growing apart and almost separated at that point, when they randomly bought a copy of Carcassonne. From that day on, they played together every day, which is what brought them together and saved their relationship, which became very beautiful and fulfilled once again. This touched me deeply and made me very happy, as well 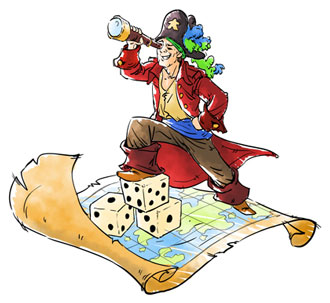 Question 2: What kind of games (2-3) are your favorite and why? (e.g., strategy, chance, dexterity, discovery, abstract, ameritrash, children, etc.)

That varies a lot and it’s also something that comes and goes in phases. I don’t like children’s and abstract games as much, and also games that revolve around money (e.g., auction games, etc.). All in all, I like games that include discovery of some sorts and also a healthy mix of strategy and chance. Besides, I also like to play complex games, if time allows. To be honest, those excite me the most.

I don’t like games, that are only about optimizing, and I tend to find them a bit exhausting at times. Yet, I quite like a party game every now and then, or something with a little bit of action (some time ago I was into Carrom). 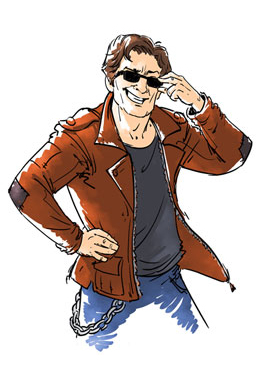 Question 3: If you were an actor, what kind of movie would you star in and why?

Oh, what an unusual question. And not exactly easy to answer. Maybe something action packed, but still profound. In the beginning of my twenties when I lived in Cologne, I tried out acting as a hobby. Back then I was to play a cool villain – which turned out to be fun.

Question 4: What does your desk look like when working on a new game?

To be honest, I have 2-3 desks and tables on which I work. There is always a lot of space needed for designing prototypes, testing, laying out the material, and often I even work on several games at the same time. Yet, my favorite place to work is outside (as long as the weather is nice), or inside in front of the fireplace if it’s cold outside. Basically, that’s the reason I clean everything away quite often and my desks and tables are not even that chaotic after all. 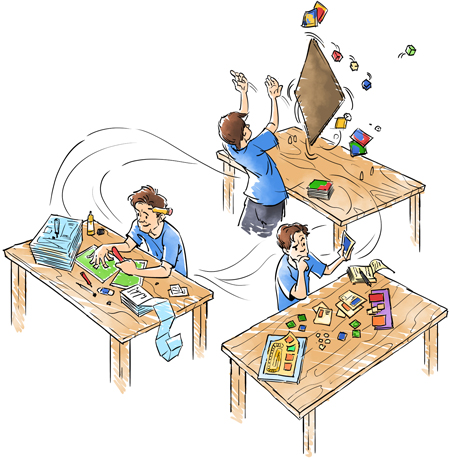 Question 5: How did you get so enchanted by Carcassonne – what is so magical about it? Or do you believe that the game would have been just as successful if it had been about the city of Castrop-Rauxel, Germany? After all, it also starts with Ca.

I was enchanted by the whole city and its surroundings. That’s also how the game came about. I wanted to “recreate” the surroundings of Carcassonne. The city of Carcassonne itself and also the castles and villages surrounding it – it’s almost like in a fairytale. I am also very grateful that Bernd decided to keep the name “Carcassonne” – although, at that time, nobody was able to pronounce it correctly. Actually, it is indeed certain places that inspire me the most. That’s why the game was not called “Castrop-Rauxel.” I have not found inspiration to this city (yet). But who knows, that might still come. 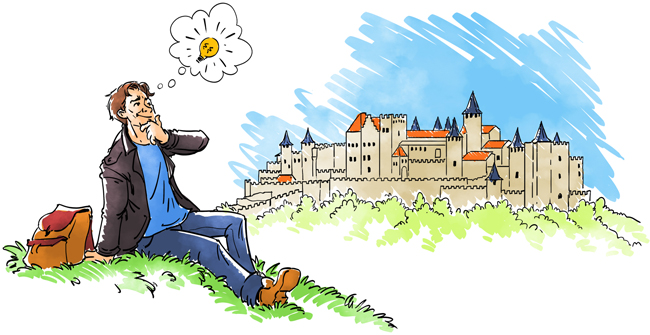