Create the most eclectic team with the perfect synergy! Surprise your opponent with epic combos!

Will your dream team succeed in Challengers!? Helped by your Bard, your Kraken just captured the flag! You’re now waiting for your opponent’s attack ready to fight back with your Necromancer and your Rubber Duck! From outer space aliens to deep-sea creatures, improbable allies working toward a common goal: WIN THE WORLD’S GREATEST CAPTURE THE FLAG TOURNAMENT! 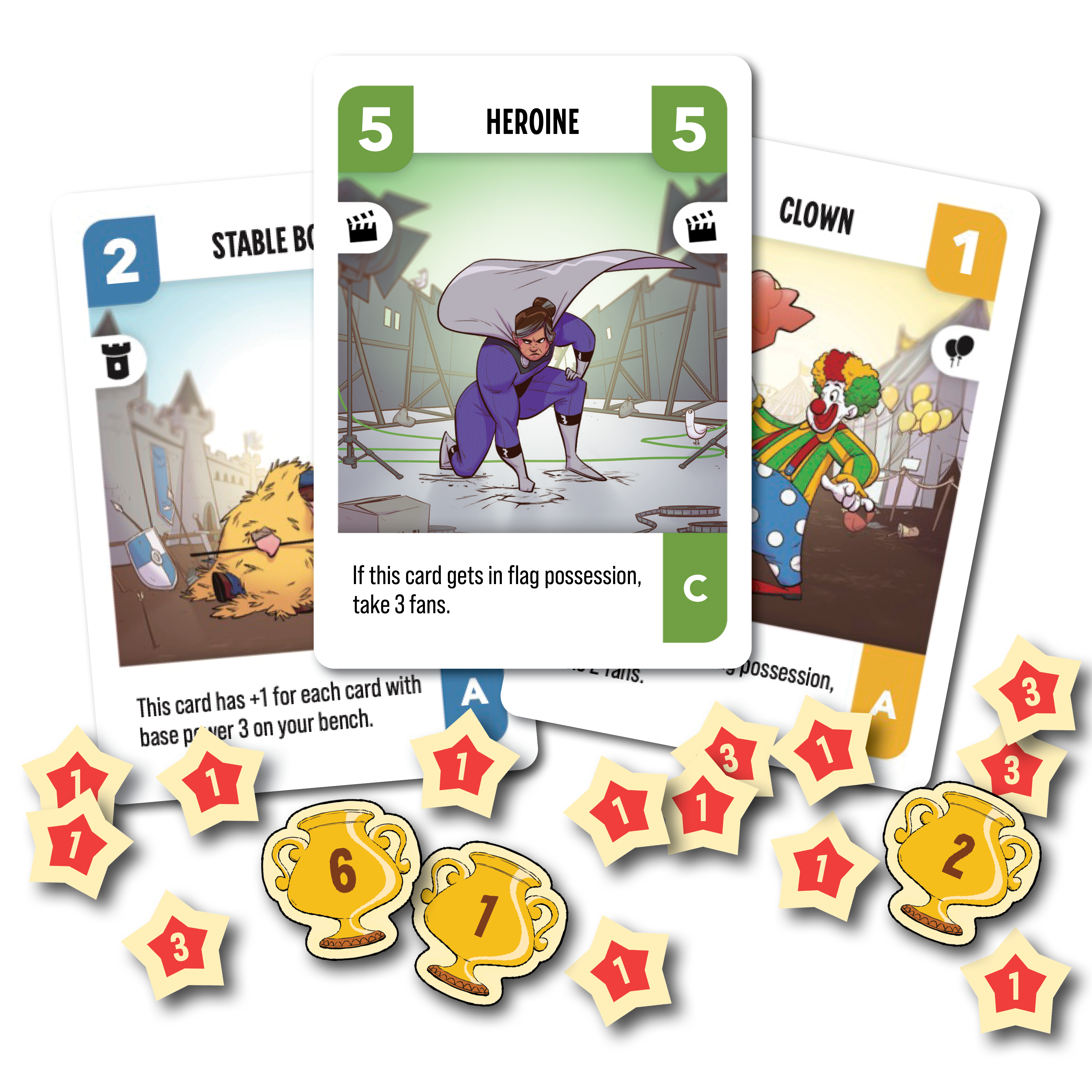 Challengers! is an interactive Deck Management game with an original tournament gameplay style for 1-8 players. Play individually or with a group of friends! Each round, each player improves their deck with new characters and battle against new opponents, with up to 4 duels played simultaneously in a unique Tournament gameplay style! Face a new opponent each round in an intense duel!.

75 distinct characters with more than 40 exciting effects create a unique experience every game!

Players are participating in a 7-round tournament. Qualify yourself for the final by being one of the two players with the most fans at the end of the 7th match.  The two most beloved players then participate in the final for sweet, sweet victory!

Reach The Ultimate Finale to become the Champion of Challengers!

Limited copies of Challengers! will be available October 6-9 at Spiel in Essen, Germany. Available November 2022